Saturday, August 15, is National Honey Bee Day, and Sunday, August 16 is National Rum Day, which means that the “buzz” heading into this weekend is pretty sweet. Honey bees are essential to global health. They are the most important pollinators in the world and the leading pollinators of food crops. In fact, according to The Honeybee Conservancy, an organization dedicated to research, education, and saving bee habitats, says that 1 out of every 3 bites of plant-based foods are the result of bee pollination. If that’s not something to celebrate...let’s talk about rum. 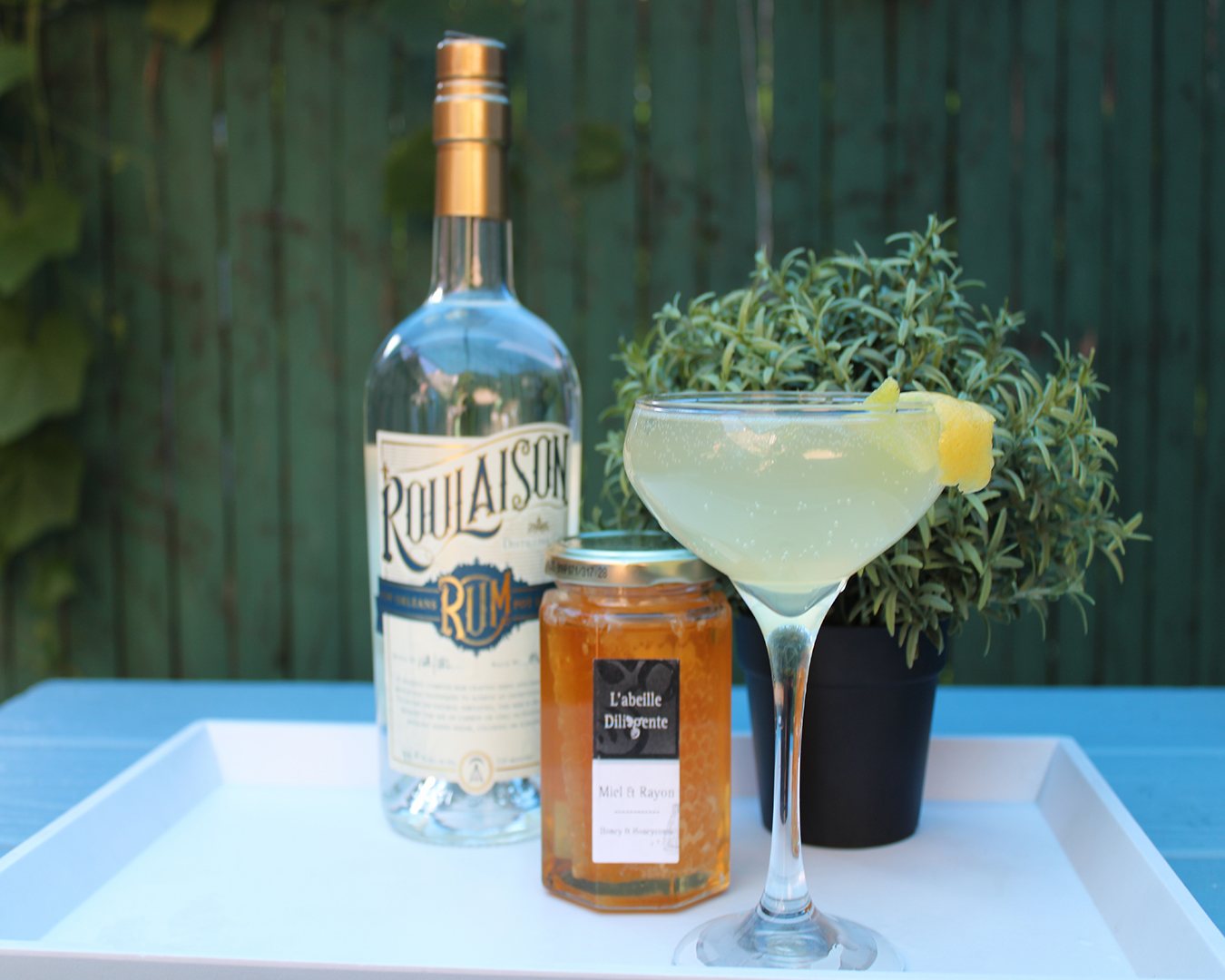 Dating back hundreds of thousands of years, Rum is one of the world’s oldest and most historically important fermented beverages. According to Sam Kling, General Manager of Wine & Spirits and resident “rum nerd,” it’s also one of the most versatile. “Rum is one of the diverse spirit categories,” he said. “It can have the woody, spicy notes of whiskey, the fresh vegetal notes of tequila, or it can be light and almost neutral, akin to vodka. Rum has flavors that can be influenced by wood, infusions, or even terroir. It’s cool!” Here are a few more fun facts rum, along with a buzzworthy cocktail, of course!

Basically, rum is a distilled beverage made from sugarcane or sugarcane byproducts. Traditional rum, as we know it today, is made from molasses. Agricultural rum is made from sugarcane juice. The word “rum” first appears in 1654 in the Public Records of the Colony of Connecticut, but it is derived from the earlier “rumbustion” and “rumbullion,” which were terms used by English settlers in Barbados. The most likely precursor to modern rum was developed in India and Indonesia. Batavia Arrak, as it is known, was distilled from fermented palm sap sugar and red rice.

Why is rum’s history problematic?

As a byproduct of sugar, rum is inexorably linked to colonialism and the slave trade. Sugar was a major factor driving the colonization of the Americas. It was planted and sold throughout the Caribbean, North and South America by people who got rich seemingly overnight, typically at the expense of millions of slaves and indentured servants who were forced to tend these crops under grueling conditions. It is likely that the triangle slave trade would not have existed or lasted so many years without the sugar industry; it was a driving force and part of the origins of white supremacy in the global economy.

How many styles of rum are there?

There are white rums, aged rums in a variety of hues, black rums that have molasses added back for color, rums made from fresh cane juice, and rums that are spiced with clove, allspice and vanilla. There are also differences in production—rum produced on more antiquated pot-stills will be heavier, have fuller flavor and more impurities than rum produced on a modern, industrial column.

Spanish-style rum is made on large, modern column stills, resulting in rums that are lighter-bodied, dry and alcohol forward, sometimes with floral notes. This style of rum is exemplified by the Cuban “carta blanca” style, but it also also produced in Puerto Rico, Panama and the Dominican Republic, and includes white “moonshine” style distillates such as pitorro and aguardiente.

Rum produced in Jamaica, the Bahamas, and Trinidad tend to be more viscous and heavier than Spanish-style rums, and are regarded as English in style. They are often blends of column still rum and pot still rum, aged in former bourbon barrels that lend vanilla and caramel notes. Although most of its history was as a Dutch colony, Barbados tends to make rums in the English style.

French speaking islands and former French colonies such as Haiti, Martinique and Guadeloupe generally make their “rhums” from fresh pressed cane juice, rather than molasses. These rums are grassy, vegetal, floral and very aromatic. The most well-known version is known as rhum Agricole (agricultural rum), which is a protected designation by the French government, like wine or cheese.

Cachaça, which hails from Brazil, is fermented from sugarcane juice, like Rhum Agricole, cut and fermented the same day. It can only be made in Brazil, and is a key part of local culture. Organically produced by a single family operation in Bahia, Abelha Cachaça is smooth, vegetal and refreshing. Abelha is the Portuguese word for bee, and symbolizes both the enterprise system of the Abelha distillery and their care for the region’s bees. Hundreds of Brazilian honeybees drink the fresh sugar cane during the juicing process. 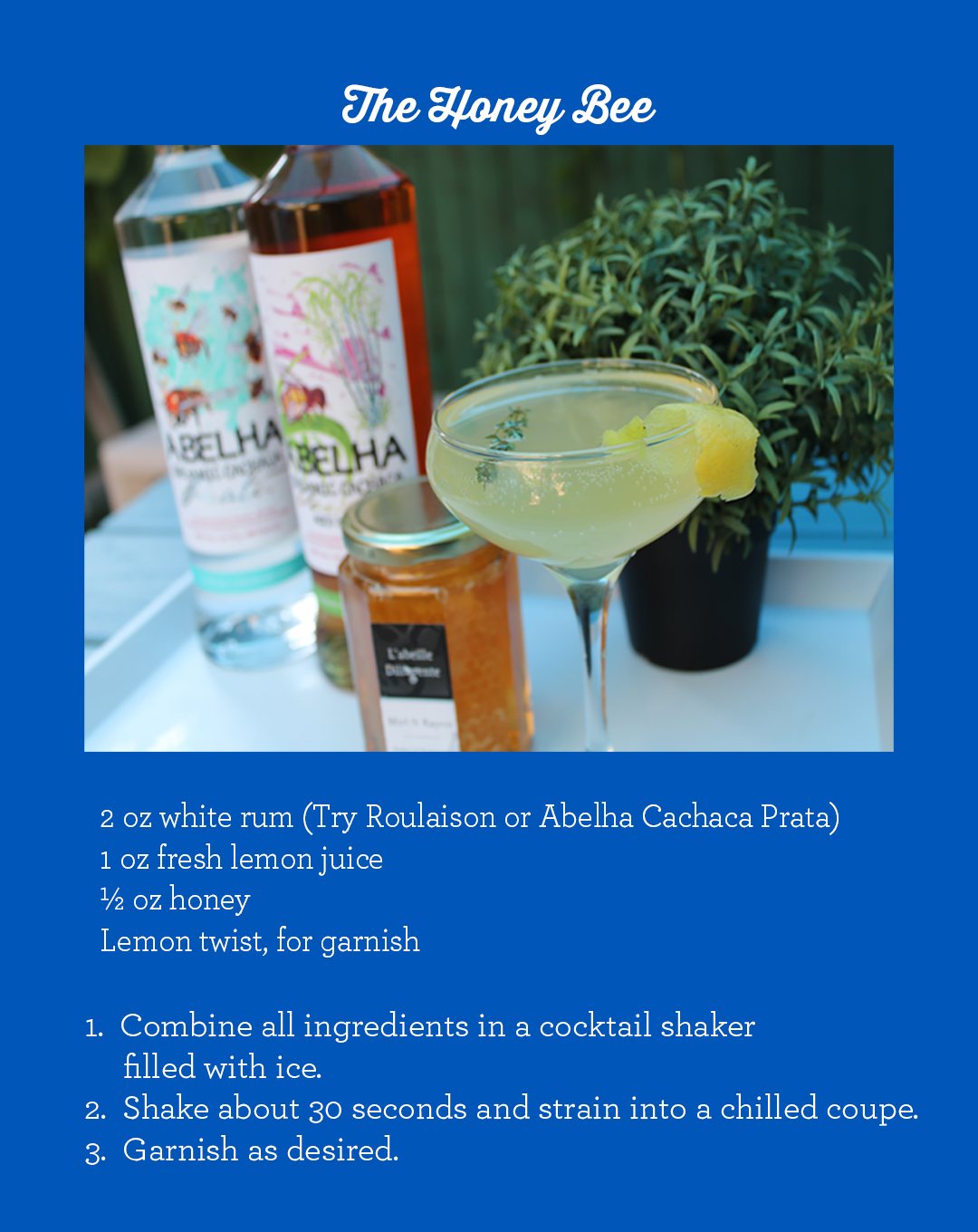 Q&A With A Queen Bee: Margot Dorn of Brooklyn Queen

Q&A With A Queen Bee: Margot Dorn of Brooklyn Queen