It seems like there’s plenty of reason to celebrate lately! Beaches are open for swimming, outdoor dining is spreading into the streets, and the city is making the most of Independence Day weekend with “surprise” fireworks on the nights leading up to the big day.

At Provisions, we think the best way to celebrate Independence Day is to celebrate the people—and their food—that make up the best parts of American culture. Immigrant-made foods are a tasty American tradition that we can all be proud of! 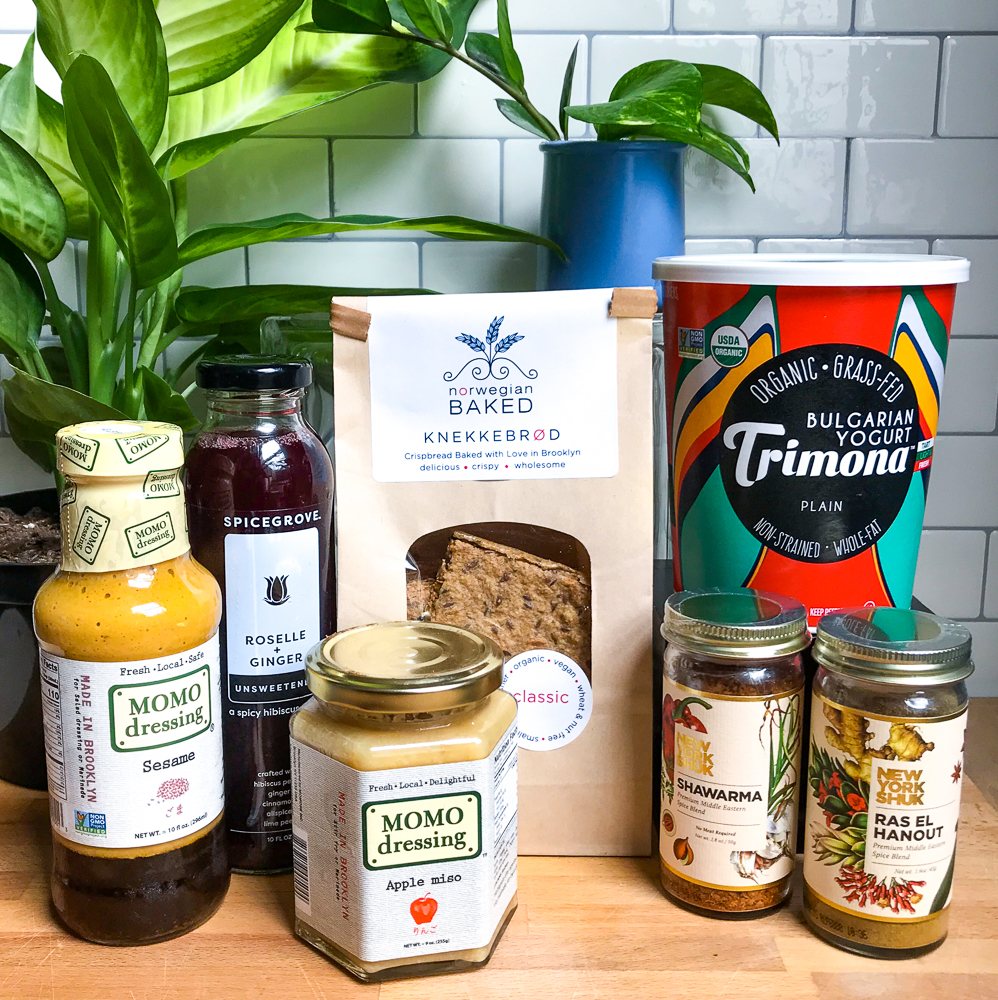 MOMO Dressing is a staple of the produce department, despite being in a bottle, and one of our longtime favorites. That’s because it’s as fresh as the fruits and veggies that surround it! Made by Masaki and Yukimi Momose, MOMO is made with fresh local produce whenever possible, by a small team that still sells weekly at Brooklyn farmers markets. You may even recognize Yukimi from her tastings at our store! Amp up any salad with their dressings, upgrade a steak with their apple miso marinade, or even elevate your snacking with their coveted spicy edamame dip.

Spicegrove Roselle might be made and bottled nearby in New Jersey, but its flavor—as well as its founder, Audrey Powell—find their roots in Jamaica, where Audrey grew up on her family farm. Spicegrove Roselle’s sorrel drink is packed with nutrients and vitamins, and is just the right balance of sweet and savory, making it a delicious way to make healthy choices. Its blend of spices and fruit make it as perfect for cooling off as it is for warming up, and it makes a great mixer too!

New York Shuk has proven itself on our shelves for years, with both gift-worthy packaging and powerful flavors. Hailing from Israel, co-founders Ron and Leetal Arazi wanted to bring Sephardic and Middle Eastern Jewish cuisine to their new home in New York. (“Shuk” means “market” in Hebrew!) Their fiery harissa spice makes it simple to punch up any dish, from traditional shakshuka to putting a twist on your pasta sauce, and their Ras El Hanout spice blend puts warm Moroccan flavors in easy reach.

Atanas Valev brings us Trimona yogurt from his homeland of Bulgaria. Some say yogurt was born in Bulgaria; the word itself comes from the words for “thick milk” in ancient Thracian, which included Bulgaria. Tangy Bulgarian yogurt is so unique that its specific bacterial cultures are named after Bulgaria! Atanas brought Bulgarian yogurt cultures with him when he moved to the US in the 90s, and with the encouragement of friends, he started making and packing out his beloved yogurt in the Catskills, leading to the founding of Trimona. Try it on its own, with a hefty sprinkle of our house made granola, or even as the base for cake batter.

Norwegian Baked Knekkebrød has a similar story of its founder, Hedvig Bourbon, wanting to bring a taste of her homeland to Brooklyn. From her aunt’s kitchen during her childhood in Oslo to an industrial kitchen in Sunset Park, she wanted to share the crispbread she remembered so fondly with friends and family, honing the recipe until it was ready for our shelves! Have it as a wheat-free, nut-free, organic snack for both kids and adults, on its own or dipping into your favorite spread.