Now reading: Out, Proud, And On The Shelves: A Pride Month Highlight with City Saucery
Share
PrevNext

June is Pride month, as we all know, and as such we’re proud to carry products by LGBTQ+ makers! Some are known nationwide, like Cowgirl Creamery owned by married couple Sue Conley and Peggy Smith. Others are still available at your local farmer’s market—or right here at the Greene Grape! 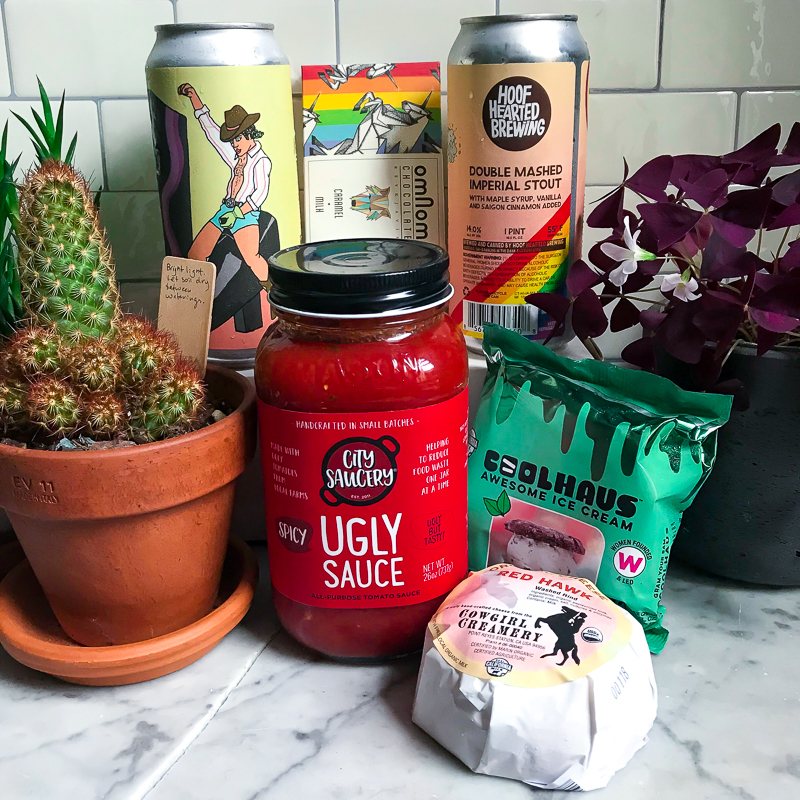 This week, we’re highlighting City Saucery, a small family operation based in Brooklyn. Owned by Michael Marino, his partner Jorge Moret, and Michael’s mother, Nonna Carolina, whose delicious Calabrian recipes are behind the incredible flavors of their products. They turn “ugly, unsellable” tomatoes into beautiful sauces, reducing waste in the food industry in the tastiest way they know how!

We asked Michael a few questions about City Saucery and what it’s like to be an LGBTQ+ food producer today:

What inspired the founding of City Saucery?

Jorge and myself were going nowhere in our design careers. Meanwhile, my mom was cooking at a local restaurant gaining a local following so we just put our 3 heads together and started offering cooking classes. One thing led to another and we started producing jarred sauces for our students, which then led to selling at local farmers markets, which then led to wholesale clients like Greene Grape Provisions and many other independent shops across the country.

What is the best part of being an LGBTQ+ food producer?

I get to run my small business with my life partner and mom. We three truly are the definition of a small American family business. Albeit, a very modern one but a real family 100%. We also get to run our own ship. As an LGBTQ+ owned business, there's no template for us to follow so we get to design our own journey ahead which is both exciting and empowering. Like we say: "We embrace tradition, but we're not traditional."

What is your favorite City Saucery product?

Our vegan Tomato 'Nduja. (My mom's creation.) It's inspired by the traditional 'nduja, a spicy pork spread from her native Calabria, Italy; except ours is vegan! People are curious about what it is and they think they may have an idea, BUT it's not at all what they think...in a really great and delicious way! That's pretty much our energy as a modern family business.

What advice do you have for aspiring LGBTQ+ producers in the food industry?

Do it, but do your homework! People are more willing than ever to try new foods, and they care about the people making it. There needs to be more out and proud LGBTQ+ owned food brands on American grocery store shelves (whether at specialty shops or large chains). The more visibility, the better.